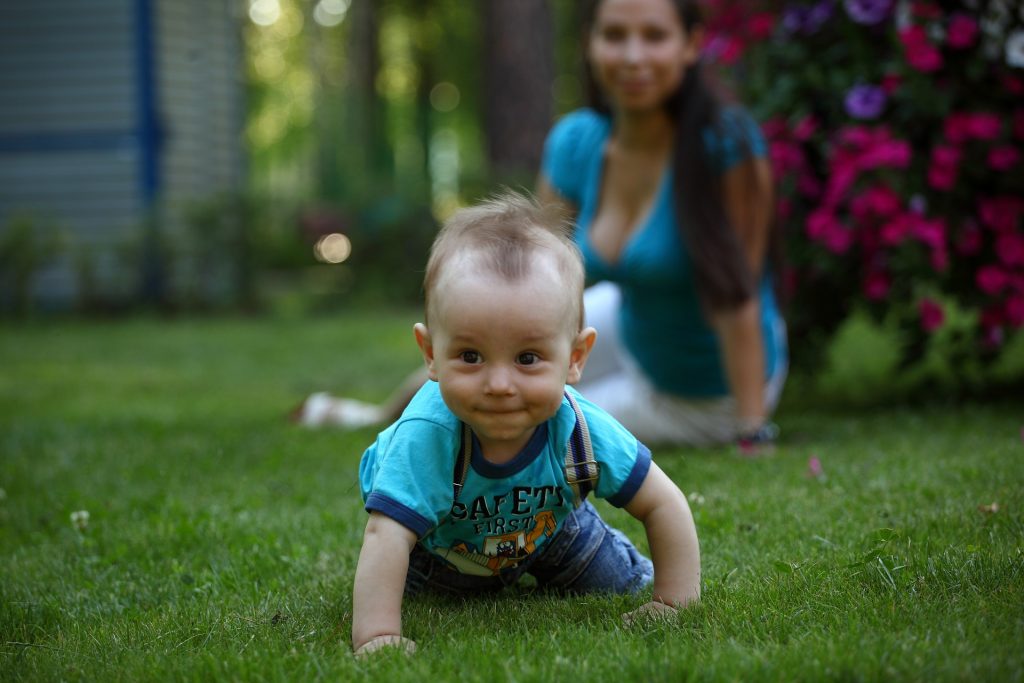 Zoysia grass originated in Japan, China, and other areas in Southeast Asia. Its first appearance in America was when it was brought from Manila by botanist C.V. Piper in 1911. However, it didn’t become mainstream until Zoysia Japonica came to the United States from the Manchurian province of China in 1985. It grows best during summer, spring, and early fall when temperatures are warm, about 80°F to 95°F. During this growing season, zoysia grass produces attractive lawns due to its lush and dense appearance. When it is developed and managed appropriately, this grass makes excellent turf. Various zoysia grass types are available for landscaping in the US.

There are eight primary species of Zoysia grass named for the botanist Karl Von Zois from Austria. Three species of this grass are common in the United States: Zoysia japonica, Zoysia tenuifolia, and Zoysia matrella. They vary in texture, cultural practices, and tolerance to the cold. Zoysia is a versatile species that can be grown in different kinds of soil, from clays to sands, and in soils that are both alkaline and acidic. In the United States, zoysia grass types have been adopted in the transition zone stretching from California to the Eastern United States, and on the Atlantic coast from Florida to Connecticut. Some types of zoysia grass also grow along the Gulf Coast from Florida to Texas.

Specific characteristics are associated with all zoysia grass types. First, Zoysia grasses establish themselves more slowly than most other lawn grasses. However, though it may grow slowly, this grass creates a dense cover on your lawn such that even weeds are not able to penetrate. It spreads through above-ground stems called stolons and underground roots called.

Another characteristic of zoysia grass is that it retains light to medium green color during its growing season. When winter comes, it eventually turns brown. However, it maintains its green color longer than other many other warm season grasses. Zoysia grass also turns green earlier in the spring than many other species. In some places, lawn owners opt to overseed their zoysia grass lawns with ryegrass during fall to keep a green lawn through winter.

The third characteristic of zoysia grass types is that they naturally develop a deep root system. The deep roots help them conserve moisture and make them drought-resistant. The grass retains its green color during short episodes of drought. If the heat or drought persists, the grass will go dormant but regain its lush green color when exposed to water again. While zoysia grass types prefer to be in the sun, they are also more shade-tolerant than many warm season grasses. 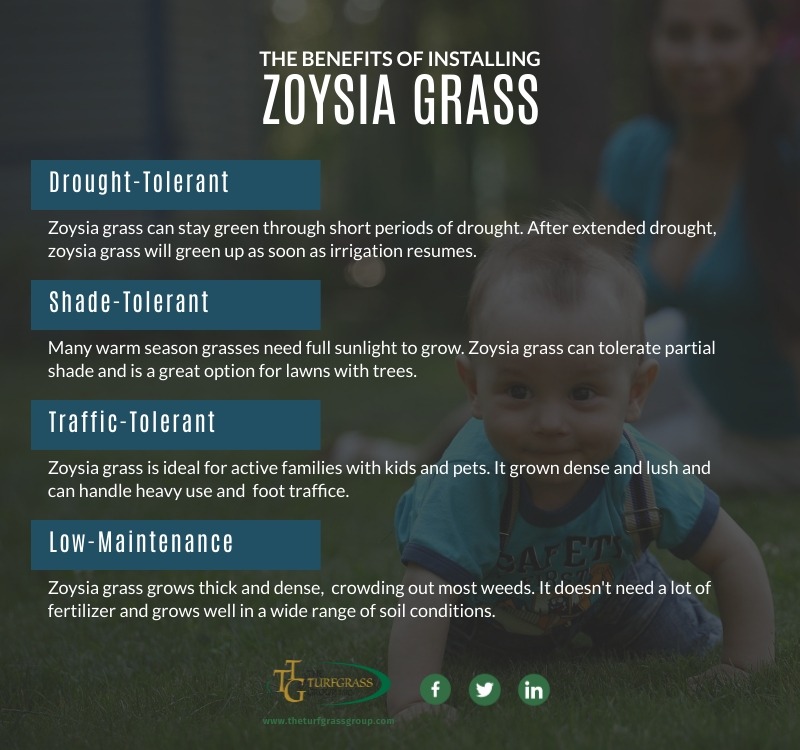 The best time to plant Zoysia grass is during the spring, and it can be done using different methods. You can start with the seed, but most people begin by laying the sod down or inserting plugs. After laying the sod, avoid foot traffic for a few weeks while it takes hold, and keep the sod moist until the grass has developed and set down roots. In areas that are sloped, you might also need to secure the sod with stakes so that it does not shift out of place before the roots established themselves in the soil.

Besides laying sod, sprigs or plugs are a common way to plant zoysia grass. However, this method takes longer to grow into a full lawn. Zoysia grass plugs develop rhizomes that attach to the soil and eventually spread to cover your yard. To start, insert the plugs into holes about two to three inches deep and spaced at about six to twelve inches apart. With this method, it takes about two entire growing seasons to achieve full coverage. Like plugs, Zoysia sprigs have a small portion of the root, rhizome, and leaves, but they don’t include soil. They are more affordable than plugs and require less care. However, while plugs and sprigs may have many similarities, unlike plugs, which you placed in holes separated by about six inches, sprigs are placed in shallow furrows. For sprigs, you need to apply a straw mulch layer to hold in moisture.

There are several types of zoysia grass offered by The Turfgrass Group. Each one has unique benefits, and they are all strictly quality-controlled.

One of the zoysia grass types that you can use on your lawn is the Zeon Zoysia grass. This variety of zoysia grass is not only beautiful but also quite hardy. The thick, lush appearance of this grass will have your neighbors wondering where they are going wrong with their own lawns. Of all the warm-season cultivars, Zeon Zoysia grass is one of the best looking. It is ideal for use in the sunbelt region of the United States, but its range extends into transition regions with a mild climate. There are several benefits to Zeon Zoysia grass. These include its drought-tolerance; the robust production of stolon, root, and rhizome; the deep green color; and its vertical fine-bladed leaf posture. Zeon Zoysia grass also retains its green color later and greens up sooner. It is available exclusively through licensed growers, resulting in strict quality control.

Another type of Zoysia grass is Trinity Zoysia, whose name comes from the Trinity Forest Golf Club, where it makes up much of the course. The club is also home to the famous AT&T Byron Nelson Tournament. Trinity Zoysia is a fine-bladed grass that was created specifically for golf courses and high-end sports fields. It requires little fertilizer and can be close-cut to half an inch or even lower. Trinity Zoysia grass is suited for transition and southern zones and has many benefits for homeowners in addition to professional sports fields. Some of these benefits include dense and tolerant growth, upright and very fine blade orientation, and minimal water and fertilizer requirements. This type of grass is also great at a low height and has less thatch. It is more shade and traffic tolerant and than many other warm season grasses.

JaMur Zoysia Grass is the most drought-resistant of the Zoysia Grass Types. It is tough enough for dogs and children to play on it and still maintain its beautiful appearance and lush texture. This type of zoysia grass even chokes out weeds because of its dense growth. One of the best benefits of this type of zoysia grass is that it makes a beautiful lawn yet requires very minimal work to maintain. JaMur Zoysia Grass is also resistant to insects and weeds and can flourish in different kinds of environments.

The benefit of the different zoysia grass types is that they require minimal maintenance. Since Zoysia grass grows densely, it is more likely to develop thatch, a thick layer of organic matter that can build up on top of the soil. You should dethatch and aerate zoysia grass early in the growing season so that the grass can recover in time for its peak growth period.

Compared to other grasses used on lawns, Zoysia grass has minimal nitrogen requirements. The grass needs a soil pH of 5.8 to 7.0. It is best to test the soil on your lawn to determine what nutrients it needs and confirm whether you may need to adjust the pH. Because it is low maintenance, traffic tolerant, and drought-resistant, zoysia grass is the grass of choice for many homeowners and will be sure to give you a lawn that is healthy, lush, and beautiful.